Part of the living landscape of the Roaches

History? Where do we start?

We could say that the whole of the Roaches Estate was once part of the Dieulacres Abbey estates – going back 800 years.

We could also say that the oldest gold artifacts found in the UK, four exquisitely decorated Iron Age torcs, were found in the valley below Roachside in 2016.

We could say that Roachside Cottage, thought to date from the early 1800s in its present form, probably succeeded an earlier “squatter cottage” dating from the 18th century or even earlier.

We could even say that the mediaeval poem “Sir Gawain and The Green Knight” has a close association with The Roaches and that Ludschurch (part of the Roaches Estate) is believed to be the Green Knight’s chapel. (There are two books of this epic tale on our bookshelf – one in “Chaucer’s English” and one being an acclaimed modern translation)

Even our former landowners; the Brocklehursts, put their stamp on our nation’s heritage. Sir Philip was a polar explorer & geologist with Shackleton’s Nimrod Expedition, was shot and wounded in Belgium in WW1, crossed the Sahara by car in the 1930s and later commanded the Mechanised Brigade of the Arab Legion in the Second World War. He then served as an adviser to the Palestine & Trans-Jordan Council before the formation of Israel.

His younger brother, Henry Courtney Brocklehurst, served in the trenches from 1914, became a pilot with the Royal Flying Corps in 1916, commanded the Sudanese Rifles after WW1, became the Game Warden of the Sudan and completed his dashing “Boy’s Own Adventure” life by serving as Lt. Col. H.C.Brocklehurst, commander of a Chindit unit behind Japanese lines in Burma, where he was killed on active service in 1942.

History? We have lots of it

Within a few miles of Roachside are canals, railways, museums, mines and mills chronicling the areas industrial and pre-industrial past. Some are places of interest only to historical specialists perhaps, others are a great educational experience for the whole family.

Here are just a few of the most popular; 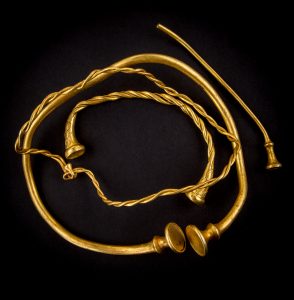 See items from the fabulous Staffordshire Hoard on display.

Travel back in time and discover the history of The Potteries including the world’s greatest collection of Staffordshire ceramics, a World War II Spitfire, decorative arts and natural history.

A warm and friendly welcome awaits at one of Britain’s leading museums where the unique combination of ‘product and place’ is celebrated in its outstanding displays.

With pottery that will win your heart, galleries that win awards and the Spitfire that won a war, nothing can compare with what awaits you at The Potteries Museum & Art Gallery:

Our Secret Garden – a sensory oasis with plants and fungi to smell and touch.

Explore the wildlife, landscape and geology of The Potteries.

A unique collection of works of art including Picasso, Durer and Degas and national touring shows.

The Silk Museum tells the silk heritage story, giving an introduction to its journey along the Silk Road and how Macclesfield is forever associated with this industry.  It explores the work of some of the Art School students, from their initial ideas to their final exam pieces.  It examines the properties of silk, how it is woven, printed and coloured.  It introduces you to some of the well-known Macclesfield silk manufacturers and their looms.  Highlights include 18th century silk buttons which were the start of the Macclesfield silk story, silk escape maps and parachutes which helped to win World War II and the loom used to make the famous Brocklehurst Whiston silk pictures.

There is a special exhibition gallery with an exciting programme of changing displays throughout the year, the Jacquard Tea Room for light refreshments and a gift shop. 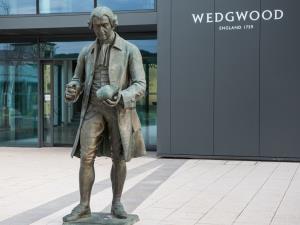 Trace over 250 years of ground-breaking design and production and discover Josiah Wedgwood’s lasting influence on industry and society. This award winning museum houses a UNESCO protected collection of huge historic and cultural significance.

The Wedgwood Collection is one of the most important industrial collections in the world and a unique record of over 250 years of British ceramic production.  Now owned by the V&A following a successful fundraising campaign, spear-headed by The Art Fund, it is on display at the Wedgwood Museum, Barlaston, Stoke-on-Trent, on long term loan from the Museum.

You can see Wedgwood’s craftsmen at work, utilising unique artisan skills and techniques honed over 250 years at Barlaston, the home of Wedgwood.

The tour offers an in depth view of all aspects of quality ceramic production including casting, figure making, pattern decorating and hand painting, ornamentation and gilding. Come and see iconic Jasper pieces in production showcasing the pinnacle of ceramic craftsmanship.

Learn all about Middleport Pottery as you explore its unique visitor centre. See Burleigh ware produced over the years in the beautiful showroom, explore the original Victorian offices and learn about the people and events which have shaped the Pottery. Step back in time as you explore the mould store, housing Europe’s largest collection of ceramic moulds. And take an inside look at the Pottery’s huge bottle kiln, one of the few remaining in Stoke and an iconic reminder of the city’s great industrial heritage. A team of friendly volunteers are on hand to answer any questions and bring the history to life. 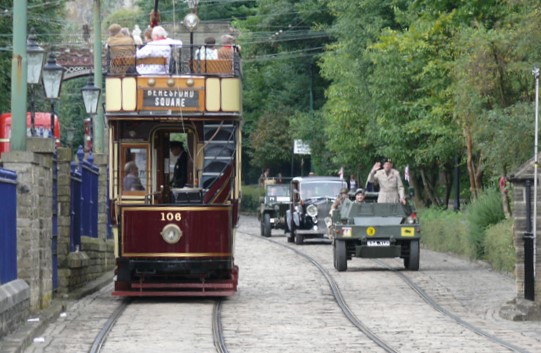 This is about 50 minutes away, but it’s a brilliant day out for anyone interested in how things used to be in Granddad’s day.

The museum contains over 60 (mainly British) trams built between 1900 and 1930 and is set within Crich Tramway Village, a period village containing a pub, cafe, old-style sweetshop and tram depots. The museum's collection of trams runs through the village setting with visitors transported one mile out into the local countryside and back. Critch Tramway Village hosts many events throughout the year on historical transport themes & social history. 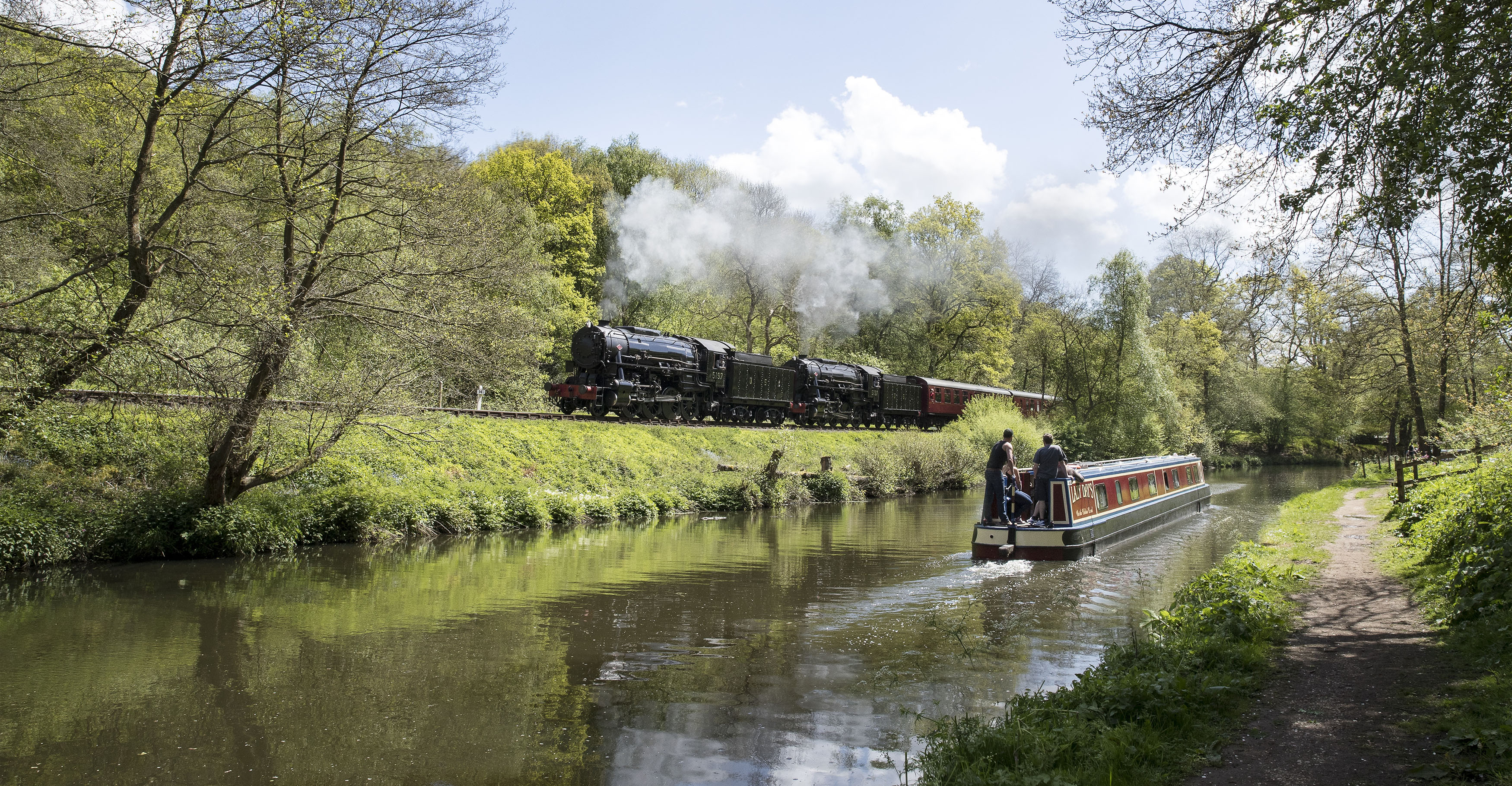 Almost on our doorstep – just outside Leek, the Churnet Valley Railway takes you on a journey back to the classic days of railway travel on a rural line that passes through the beautiful Churnet Valley. Once one of the crucibles of the Industrial Revolution, the valley has returned to native woodland over the last century and the overgrown remains of plateways, kilns and forges can often only be found by those “in the know”.  Sit back, relax, and let the "Moorlander" dining train take you on a dining experience to rival no other aboard their dedicated First Class dining carriage "Diana".

Have you ever wondered what it would be like to drive a full size steam locomotive? Or do you know someone who has always dreamed of taking the controls of a historic locomotive? If so then a footplate experience course is just the ticket!

A trip on the Churnet Valley line can be combined with a good walk along the woodland trails and canal for a really full day out. The picnic area at Froghall Wharf is very popular and is surrounded by the remnants of the old lime kilns and canal wharf.

If you can arrange a trip into Ecton Mine with one of the geologists you’ll be well rewarded. It’s only open on occasion, but do make enquiries because it’s a great experience.

Ecton is a historic mining area, once one of the foremost mines in the British Isles, now a Scheduled Monument and a valuable educational resource. No visit to Ecton would be complete without an underground visit.  Owing to Insurance restrictions most visitors will only be able to visit Salt's level but this is a treasure trove of geological and historic mining features.

This email address is being protected from spambots. You need JavaScript enabled to view it.